I bought myself a new camera and other equipment!!!!

I am so excited, because I felt so annoyed by my pictured not being more professional.
For those of you who don’t know, so far all I had was my old Sony Cybershot DSC-W110, which is a great camera, no doubt! I will continue to use it, but for the purpose of quality blog pictures I bought this new puppy.

A friend of mine is a photographer so he gave me advice when picking a good camera. He said the Canon 1100d is a good camera for beginners, so I went to the store took a look at it and tried it out.

I think I was in the store for about an hour, asking loads of questions trying to figure out if the Canon 1100d was the right camera for what I wanna photograph. The sales guy was really nice, explaining the camera to me and in the end when I decided to buy it he gave me a lot of discount on the different things I bought.

So here it is, my new baby 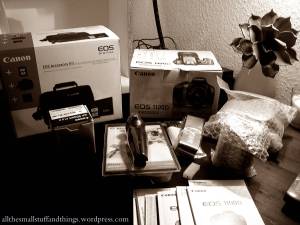 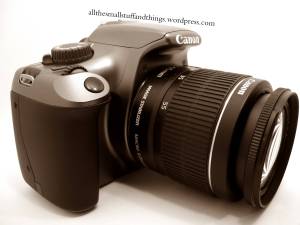 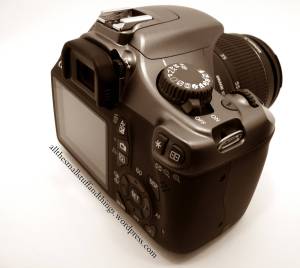 Hopefully I will get used to it and learn how to use it properly, so I can present better quality pictures.

I hope you guys have a great weekend and sorry for this not nail related post :P